Around 51 percent of young adults own or are interested in owning a business according to data obtained by Young Invincibles. However, 48 percent of current or potential entrepreneurs claim that debt is one of the biggest barriers they have to face.

There are many reasons why millennials and younger generations have a financial albatross to carry from the time they are in their early 20s.

One of these is the crippling amount of debt they graduate from college with. There are many more reasons that potential entrepreneurs can feel unmotivated to pursue their dream.

Though, many of these can be overcome by strengthening financial literacy and embracing opportunities for networking with investors.

1. No signs of debt slowing down The total US student debt loan has reached a worrisome $1.6 trillion and is continuing to grow, with over 44 million Americans owing an average of $40,000 USD.

This amount is equivalent to 20 percent of a downpayment of a home costing a little under $200,000. It is also more than the cost of starting up a business (which amounts to only $30,000).

Debt discourages entrepreneurship because it inspires debtors to do what it takes to pay it off quickly. This may mean foregoing the dreams of business ownership for a more stable job in a reputable company.

Of course, the extent to which student debt is an obstacle to entrepreneurship is relative. As one young start-up founder stated, “It depends on the magnitude of the debt.

2. Financial awareness must be honed

Only 24 percent of millennials possess basic financial literacy, according to a study from the National Endowment for Financial Education.

Around 35 percent of all adults in the US have debt in collection, and nearly a third make minimum payments on their credit cards, thus causing their total debt to increase.

A new study by Stash, meanwhile, has found that over 40 percent of Gen-Z’ers, 30 percent of millennials, and Gen X-ers, and almost 40 percent of Boomers report that they do not know the interest rates on their credit cards.

There can be a substantial difference in rates from card to card, and annual fees can also vary greatly. Lack of financial awareness can additionally lead to another type of financial loss: credit card fraud.

It can be so subtle that victims who aren’t keeping a close account on their books may be unaware of rising credit debt. Currently, algorithms capable of identifying credit fraud are being developed, but it is important that until this technology is able to stop fraud in its tracks completely.

Entrepreneurs keep strict accounts of their expenditure and account movements so that personal debt does interfere with their business goals.

3. Investment is more difficult to come by

Even entrepreneurs with visionary ideas can find it hard to come by investments from third parties; thus, many are forced to go into debt to fund their ideas. Of course, this has a snowball effect, since investors are less likely to be interested in a startup that has already accrued debt.

As stated by Entrepreneur’s Ahmed Alzalabani, one thing many young startup entrepreneurs are doing wrong is seeking funding too late in the game: “As a startup, you have to start looking for funding immediately you have the idea even before you put it down.

By the time you are getting to the final stage, you will have networked and connected with the finance community, and you have a few investors at hand already.”

Unfortunately, many startups start looking for investors when the prototype is ready to be presented.

Another problem is lack of connection; entrepreneurs can find it hard to connect with interested investors, and can also lack online and in-person opportunities to meet potential startup founders.

4. How can budding startup entrepreneurs avoid resorting to debt? 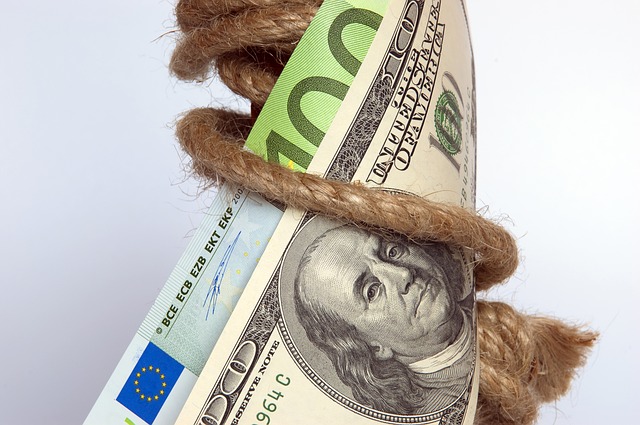 Many young entrepreneurs will be attempting to settle personal debt during the first few years after graduation.

They should, therefore, make angel investments their main target, so as to avoid getting further into debt for a potential business idea.

Because investors can potentially be located in other states or even abroad, online sites like AngelList, MicroVentures, and LinkedIn should be used to full avail.

Startups can also consider joining angel investor networks, which allow them to submit funding requests and present their ideas.

The nature of the funding request is key; young entrepreneurs should provide as detailed and focused a presentation as possible to give potential investors a reliable account of what to expect.

Forming part of a network will also give startups access to member pages, so they can initiate direct contact with members that interest them.

Young entrepreneurs who are indebted should also make attempts to simplify their balances – for instance, through debt consolidation.

From the outset, students should be aware of the effect that debt can have on their career and chances of starting a business.

This way, they can take steps to rely less on student loans – for instance, by working part- or even full-time, and by leading a frugal lifestyle in college so as to have a debt-free start upon graduation.

Students who already have a vision of the type of startup they wish to launch can even consider enrolling at a less expensive college or researching into any and every scholarship or grant they may be eligible for.

Recent studies show that the rate of startup launches has been decreasing over the past few years.

In part, it is a generational issue. As stated in the Global Entrepreneurship Monitor (GEM) – a group of academic teams in over 70 countries – people aged between 25 and 34 are more concerned about failure than those aged 35 to 50.

In addition to being more cautious, younger generations are also reeling under the effects of student debt, which is putting a damper on the creative spirit and wresting from their motivation.

Success can still be achieved, through a combination of increased financial awareness, a smaller reliance on student loans, and the presentation of startup ideas in a way that connects with the interests of angel investors.

Ali Nott is a writer who is interested in business and finance. These 4 Levels of Income Will Change Your Financial Life Forever Conscious Spending: 7 Ways To Get Your Head Out Of The Sand How To Start a Roth IRA: Short and Easy Guide What Does the European Union Payment Service Directive 2 Mean for US Businesses? Petty Cash Accounting – Where to Start and How to Manage It? 6 Cashflow Options to Help Your Business